The Viking ring fortress of Trælleborg is located on the island of Sjælland (Zealand) in Denmark. Situated in the proximity of the small town of Slagelse, the fortress is one of the five of its kind built in Denmark during the Viking Age. The other ring fortresses in Denmark dating back to the Viking Age discovered as of 2014 are Aggersborg (located in the proximity of Limfjorden, northern Jutland), Borrering, Fyrkat, and Nonnebakken.

There are also two Viking age ring fortresses in Sweden, one situated in the locality of Trelleborg, Scania, and the other one in Borgeby (located northward of Lund, in the same southern Swedish province of Scania), as well as a possible one in Norway in Rygge, near Østfold. The Trelleborg ring fortress is dated 1000 AD, but other estimations put its construction at 981 AD.

Elevated view of the fortress. This circular wooden fortification has an inner diameter of 136 metres as well as a rampart width of 19 metres. It is estimated that 16 to 30 houses were built within the wooden palisades. Image source: www.commons.wikimedia.org

During the early Middle Ages, this ring-shaped fortification might have represented an important trading post on the island of Sjælland, on a peninsula surrounded by a swamp and two rivers. The swamp was linked to a lake that, along with the two nearby rivers, was navigated by the Norsemen on their longboats.

This fortification is thought to have been built at the orders of the Danish King Harald Bluetooth in about 980, placing it strategically between the isles of Sjælland and Fyn (Funen). According to another theory, it is believed that this circular fortress was a military camp set by another Danish king, namely Sweyn Forkbeard, using it as a base in order to sack London at the round of the 11th century. 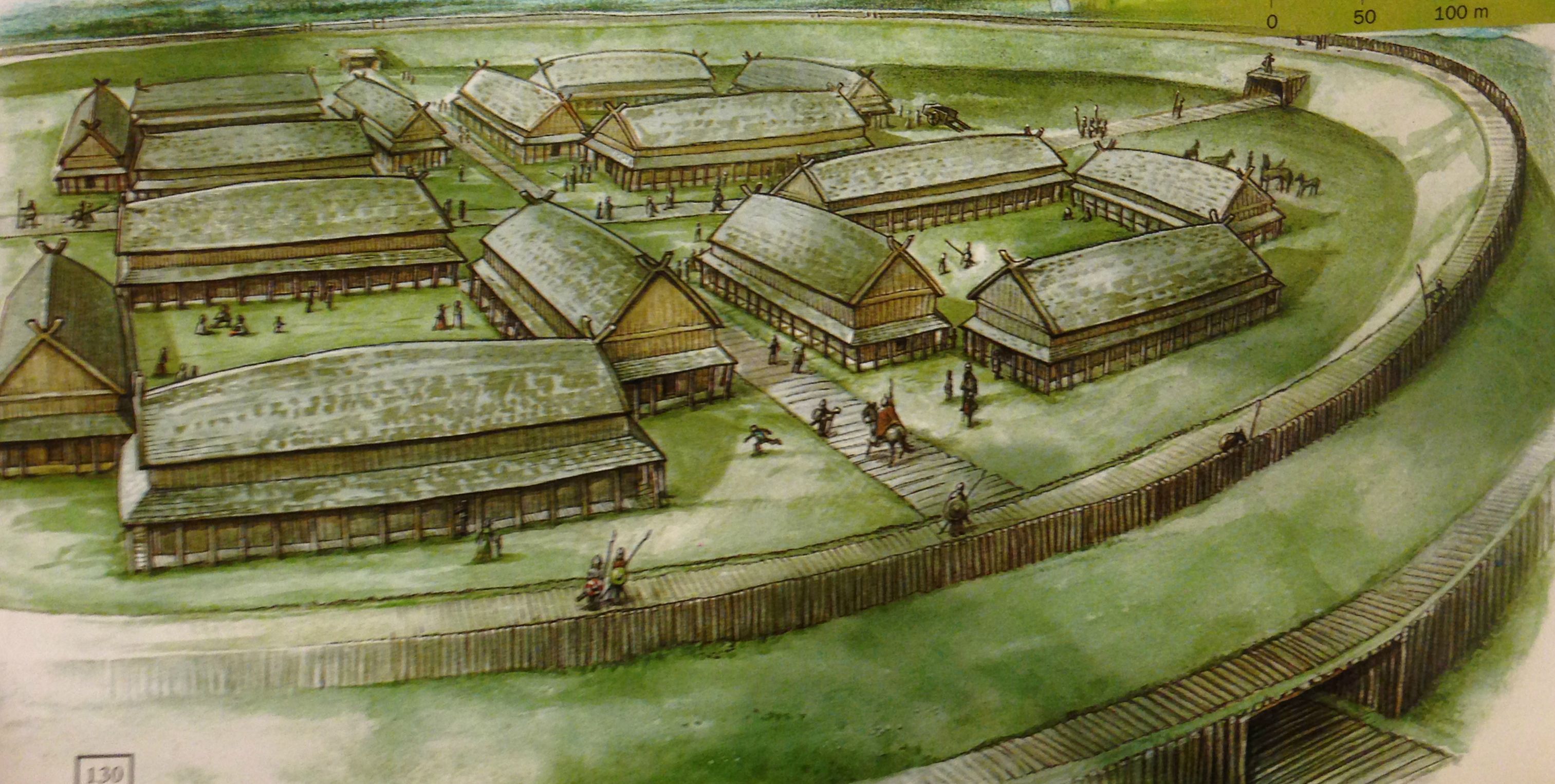 Trælleborg in Denmark is the best preserved ring citadel of its kind and also one of the most earliest. Furthermore, there is a museum near it that was founded in 1995 which highlights the history of the fortification and of the surrounding area.

Various archaeological artifacts were excavated on the site of this fortress and they are exhibited at the local museum or at the National Museum of Denmark based in Copenhagen. In the near future, there are plans for a submission of this medieval landmark to UNESCO as a World Heritage Site, along with the four other Viking Age ring fortresses from Denmark.

Below you can watch a short Danish documentary on this Viking fortress (click for English subtitles):

Searching is in progress